The winners of the "Hack4Mobility Ideathon İzmir" idea marathon organized in cooperation with the Izmir Metropolitan Municipality and the Open Innovation Association received their awards. It is aimed to evaluate the award-winning projects focusing on bicycle, pedestrian and smart transportation within the transportation planning of the city.

The winning groups in the idea marathon called “Hack4Mobility Ideathon İzmir” organized in cooperation with İzmir Metropolitan Municipality and Open Innovation Association received their awards. In the 36-hour marathon for Alsancak, which focuses on bicycle, pedestrian and smart transportation, the “Kent'iligi” team came first, the “Interdisciplinary” team came second, and the “Team Symrna” group came in third. The team named Çakıl was deemed worthy of the Open Innovation Award. While the members of the first team were awarded with a 3D printer, the second group was given a three-dimensional drawing and mouse set, and the third group was given a graphic tablet. The team members who won the Open Innovation Award won the Arduino Uno R3 Starter Kit used in robotic coding. It is aimed that the awarded projects will be included in the transportation planning of the Metropolitan and implemented.

For the quality of life of the citizens
The idea marathon was held on 11-12 January 2020 in order to improve the quality of life of the citizens. In the 36-hour marathon, it was aimed to produce projects related to bicycle, pedestrian and smart transportation in Alsancak. 250 competitors, consisting of university, graduate, doctoral students and graduates from departments of universities such as architecture, urban and regional planning, industrial design, graphic design, software, sociology, had signed many projects based on digital infrastructure.

The project of the Interdisiplinary group, which took the second place, includes the “IZ-RING Electric Autonomous Vehicle” application for the traffic-free operation of Kordon. The project of the TeamSmyrna group, which took the third place, also includes the proposal to take the traffic underground for the pedestrianization of the Alsancak region. The project aims to strengthen pedestrianization with smart transportation and micro-mobility solutions.

The project of the Çakır group, which received the Jury's Special Award, proposes a system that generates electricity as you do sports on exercise equipment in outdoor sports fields. Citizens can also charge their personal electronic devices with the electricity they generate while doing sports. The electricity produced can also be used to illuminate the parks. 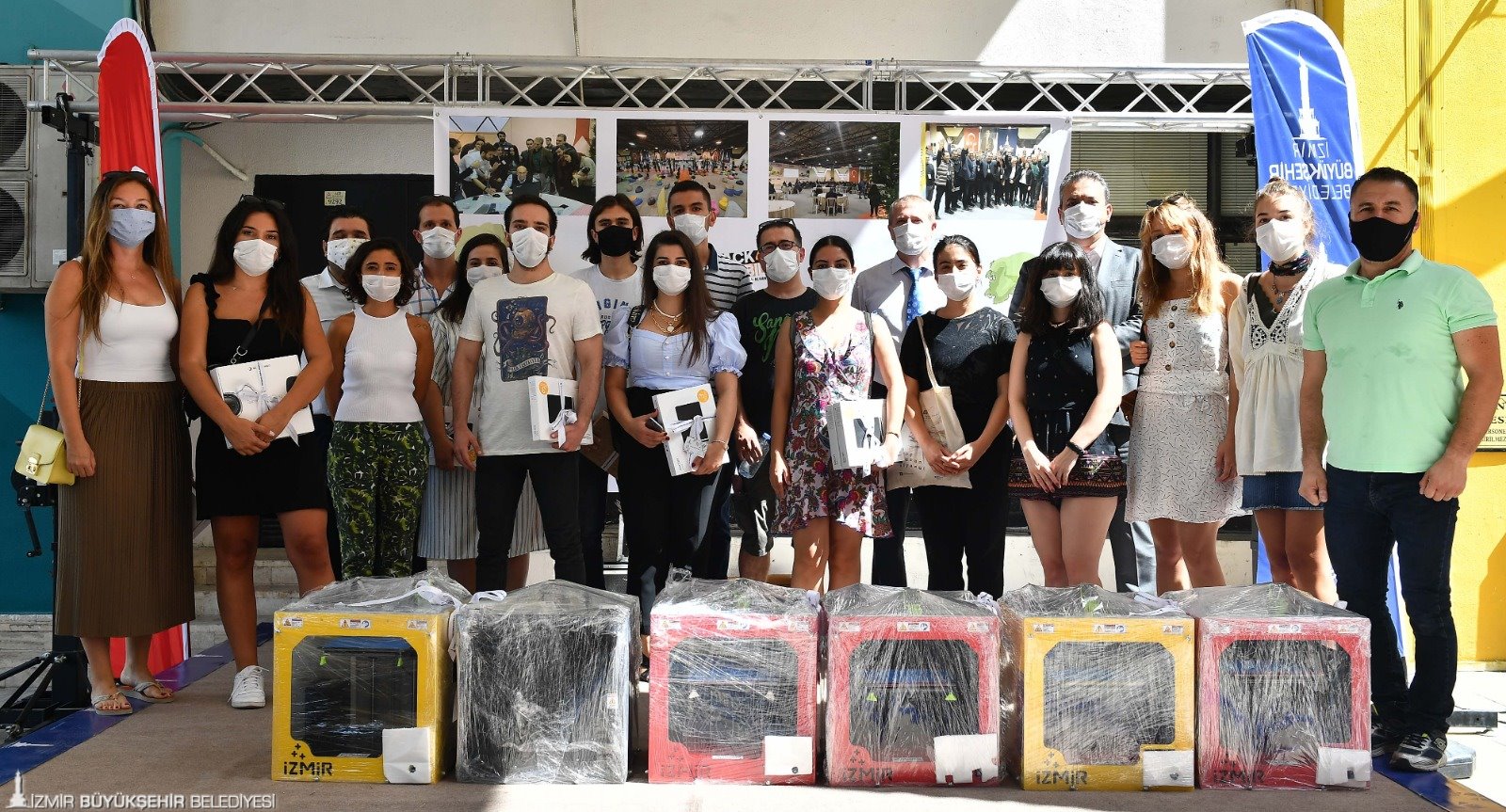